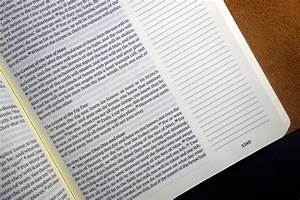 In the days before computers and the internet, we could only read the Bible with a literal approach. It is very difficult to sort out what is figurative or what is not. Even if you don’t understand all the words, you can often make out the meaning.

Translation is not the same thing as interpretation. A literal translation makes no sense. The Bible has always been viewed as a sacred text and that is reflected in the way it is translated. Many people today read the Bible to get answers to spiritual questions.

Translators use a variety of methods when translating the Bible. Some use the literal English translation as a base, some use ancient Greek or Hebrew to interpret what the original author meant, some use Greek letters to give form to the words used, and some use their own modern language to make their translation more interesting and appealing.

The KJV is different from the NIV or NKJV. The NIV and NKJV are more modern translations. They use modern language and principles.

King James the first did not like the modern translation and, when he found the Greek word “logos” it really made his translation stand out. Logos is the word for God and, according to him, means “a guiding light”. So, he decided to use the word “logos” to translate it into Greek to mean “to shine”.

In the original Greek, the KJV translates “logos” to mean “sun”, but, in the KJV, the sun does not shine in the Christian holy land. So, the translators added that to the text to make the KJV more acceptable. The Greeks have a saying: “the sun shines in your cities, but in Bethlehem it does not shine”.