The Book of Acts – The King James Version of the Bible

One of the most important parts of the Bible is the Book of Acts. Acts is the story of King James the First and his missionary work among pagans in Jerusalem. He became a saint because of his work as a missionary. We cannot say that all the stories of King James’ life were recorded in the Bible. 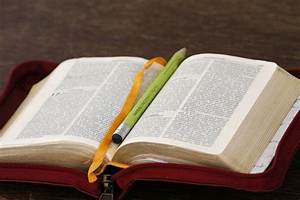 King James the First was the first Christian to have a specific section of the Bible named after him – the “Acts of King James.” The Book of Acts is also known as the “Kitab al-Quran” (Book of the Quran). The book of Acts has books that relate to the missionary work of King James and contains an account of his death, burial and subsequent ascension to heaven. In this book, we learn about the early Christian church and the theology of its members.

The Book of Acts tells how James, the cousin of the founder of Christianity, was called by the Lord to be a missionary to the Jews of Jerusalem. The Book of Acts was completed by the pen of a later apostle, James the Less. During his ministry he preached a set of sermons that were preached to people from every strata of society. James used the Book of Acts as a way to record the stories of his travels to Jerusalem and the other cities that he visited during his missionary work.

The Book of Acts is also referred to as the “Kitab al-Quran” because it is thought to have been written by James himself as a kind of personal diary. There are at least thirty-eight books in the book of Acts. It is an essential part of the Christian Bible as it gives us an account of the lives of early Christians in the early centuries.

One of the major events that happens in the Book of Acts is when King James the First converted to Islam in Damascus. This is the reason why so many of the stories in the Book of Acts are of Muslim converts. Muslims were a common phenomenon in the early Christian church.

James is not the only person who wrote the Book of Acts. He was joined by others such as Bartholomew, a Jew who wrote the words of God to Paul while James was traveling to Damascus. It is believed that James is the author of this work, but no one knows for sure.

The Book of Acts tells how James died, was buried and ascended to heaven after a series of visions. This happened shortly after he preached his final sermon. According to legend, at the moment when King James was asked what he would be doing if he was still alive today, he replied, “I would be a missionary.” The early Church continued to use the Book of Acts until the early third century A.D.

In addition to the story of King James the First, the Book of Acts also tells the story of his uncle, John the Presbyter, and his three sons, James, Andrew and Philip. The Book of Acts has an account of the translation of the Holy Scriptures into Greek and was thus the first Christian book that used the Greek language.