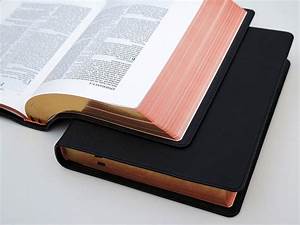 The Bible is not a simple story of good and evil. It is a very complex work of history that contains the struggle of good and evil as well as the goodness that humans display towards each other. There are numerous stories and characters in the Bible and each of them has their own agenda to cause chaos and disorder and to do their own thing rather than doing what is right.

For example, there is the Arian Cult which brought about the great Christian emperor Constantine the Great to burn the library at Alexandria. His did so because he did not want people reading the books that were written by the Jewish philosopher Philo who was criticizing the Christian religion. That’s right, the Christians have always been the ones who wanted to control information. After all, they only believed in one book.

You may not be aware of this but the book of Kings is the same book that is referred to as the Book of the Prophets. This book talks about the good things that God will do for humanity and they are referred to as signs in the book of Kings. The kingdom of Israel is what we read about in this book. Well, you would think that the Bible talks about the Kingdom of Israel in the same manner, but the fact is that the two books are actually written in different times.

It was written a couple of centuries after the time when the Kingdom of Israel was already destroyed. The book of Kings and the book of Chronicles is referred to as two different books in the Bible.

While the two books share the same authors, the words that are written in the two books differ considerably. One would assume that the authors of the two books must have been talking about different subjects and this is not the case. Both books have some similarities and many of the stories that were told in the books of Kings and Chronicles are similar to those found in the book of Kings.

In fact, this book was written during the World War II when the Nazis were the dominant power in Europe. The Nazis imposed their version of Christian beliefs on the Jews.

These are the facts about the authors of the Bible. If you find it hard to believe that the story of King David and Goliath is actually based on events from early times, you should remember that the whole story of the fall of Jericho and the fall of Jerusalem happened before the birth of Christ.

In other words, Jesus Christ is not responsible for everything that is written in the Bible, but the Bible certainly talks about him and his life and teachings, which is why he is the author of the books we read today. Thus, it would make sense to ask why the Bible contains so many false stories.